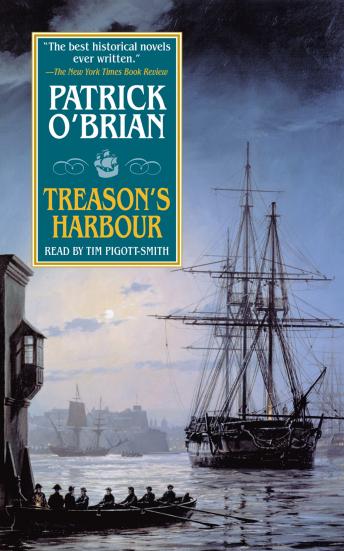 The 9th installment in the Aubrey/Maturin series

All of Patrick O'Brian's strengths are on parade in this novel of action and intrigue, set partly in Malta, partly in the treacherous, pirate-infested waters of the Red Sea. While Captain Aubrey worries about repairs to his ship, Stephen Maturin assumes the center stage; for the dockyards and saloons of Malta are alive with Napoleon's agents, and the admiralty's intelligence network is compromised. Maturin's cunning is the sole bulwark against sabotage of Aubrey's daring mission.

This title is due for release on October 10, 2000
We'll send you an email as soon as it is available!