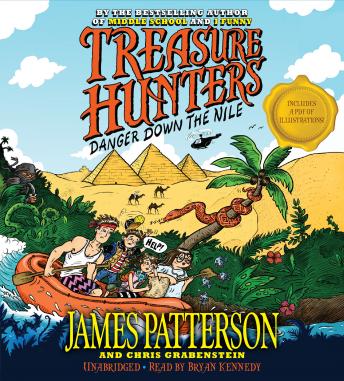 Treasure Hunters: Danger Down the Nile

The sequel to James Patterson's bestselling series launch Treasure Hunters is another hilarious, hair-raising and highly-illustrated adventure for the First Family of Action!

Bick Kidd and his globe-trotting siblings Beck, Storm and Tommy may have completed their first treasure hunt after their father was lost at sea, but their kidnapped mother is still in the hands of nasty pirates. Their search for a rescue plan takes them down the Nile river in Africa, where they'll have to navigate everything from Egyptian pyramids in the desert to wet-and-wild jungles--not to mention life-threatening encounters with wilderness diseases, angry hippos and some seriously bad guys--in order to find the treasure and save the day.

Treasure Hunters: Danger Down the Nile