A Tree or a Person or a Wall: Stories 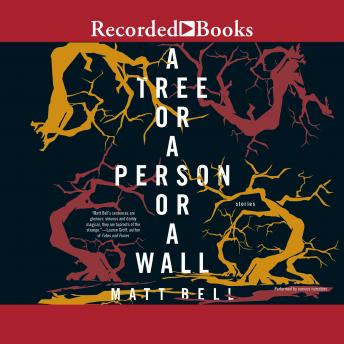 A Tree or a Person or a Wall gives us Matt Bell at his most inventive and uncanny: parents and children, murderers and monsters, wild renditions of the past, and acute takes on the present, all of which build to a virtuoso reimagining of our world. A 19th-century minister builds an elaborate motor that will bring about the Second Coming. A man with rough hands locks a boy in a room with an albino ape. An apocalyptic army falls under a veil of forgetfulness. The story of Red Riding Hood is run through a potentially endless series of iterations. A father invents an elaborate, consuming game for his hospitalized son. Indexes, maps, a checkered shirt buried beneath a blanket of snow: they are scattered through these pages as clues to mysteries that may never be solved, lingering evidence of the violence and unknowability of the world. A Tree or a Person or a Wall brings together Bell's previously published shorter fiction-the story collection How They Were Found and the acclaimed novella Cataclysm Baby-along with seven dark and disturbing new stories, to create a collection of singular power.

Tree or a Person or a Wall: Stories