The Tree Where Man Was Born 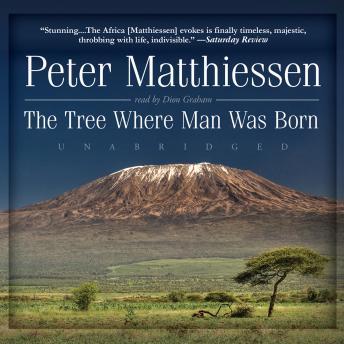 In this classic volume, Peter Matthiessen exquisitely combines nature and travel writing to bring East Africa to vivid life. He skillfully and magically portrays the sights, scenes, and people he observed firsthand in several trips over the course of a dozen years: the daily lives of herdsmen and hunter-gatherers; the drama of the predator kills; the hundreds of exotic animals; the breathtaking landscapes; the area's turbulent natural, political, and social histories; the adventures of the field biologists who pursue and investigate the habits of wild creatures; the anthropologists seeking man's origins throughout the Rift Valley; and the lonely African, poised between the traditional ways and the conflicting demands of Western culture.
A finalist for the National Book Award when it was released in 1972, this vivid portrait of East Africa remains as fresh and revelatory now as on the day it was first published.

Tree Where Man Was Born

This title is due for release on February 3, 2010
We'll send you an email as soon as it is available!