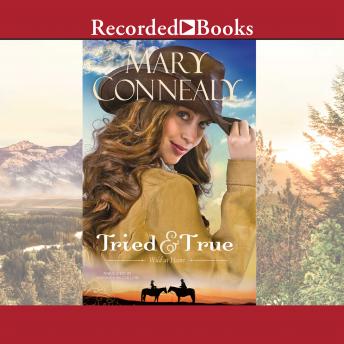 Wildly Fun Adventure and Romance in Connealy's New Series Kylie Wilde fought in the Civil War dressed as a boy and now she's homesteading as a man. But she makes one lousy man! When land agent Aaron Masterson comes to inspect her claim, he immediately realizes she's a woman. She begs him not to tell, but can he in good conscience defraud the U.S. government, even if she really did serve in the war? Aaron is interested in the little spitfire from the moment her long hair falls from her cap, but when he tells her of his plan to stake his own claim, farther west and up in the mountains, she draws away. Kylie's focus is to 'prove up' her homestead, sell it for a profit, move back east, and live the rest of her life in civilization. But all Kylie's future plans are put in jeopardy when someone tries to burn her out. Who would attack her way out here? Aaron and Kylie suspect it's the local land baron-but Gage Coulter denies any involvement. He does suggest a way for Kylie to stay safe, though-marry him! More attacks scare Kylie near to death, and she can't face living on her own any longer. Should she tie her fortune to Gage or Aaron? Either choice will put an end to her dreams of a civilized life. And what if marrying doesn't stop the attacks after all?