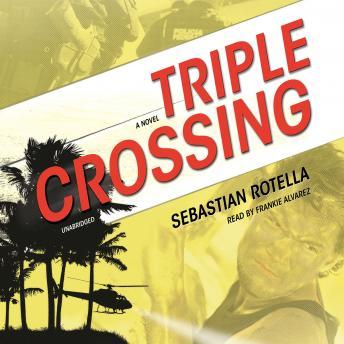 A gritty, fast-paced thriller about the criminal underworld at work along both sides of the US-Mexico border and a young cop who goes undercover to bring it down
Valentine Pescatore, a volatile rookie Border Patrol agent, is trying to survive the trenches of the Line in San Diego. He gets in trouble and finds himself recruited as an informant by Isabel Puente, a beautiful US agent investigating a powerful Mexican crime family.
As he infiltrates the Mafia, Pescatore falls in love with Puente, but he clashes with her ally, Leo Méndez, chief of a Tijuana anticorruption unit. Politically charged violence escalates, plunging Pescatore into the lawless “triple border” region of South America and a showdown full of bloodshed and betrayal.
Writing with rapid-fire intensity, Sebastian Rotella captures the despair and intrigue of the borderlands, where enforcing the law has become an act of subversion. Triple Crossing is an explosive and riveting debut.