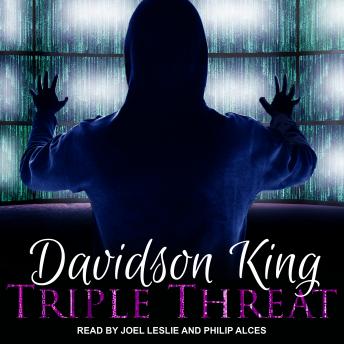 Lee, Jones, and Ginger deal with dangerous situations and mounting stress daily working for the most powerful assassin organization in the world. All of those things seem like a walk in the park compared to the friction that sparks between them. When all three are assigned to the same job, ignoring the heat from the inferno of desire becomes impossible.

Lee is a master at deciphering codes, skilled in hacking complicated systems, and never misses a target, even from over fifty miles away. His feelings for Jones and Ginger, however, may be the first code he's unable to crack.

Jones deals in absolutes, but the road to his past is paved with bodies and regrets. Getting Lee to acknowledge the pull they both feel toward Ginger may be the hardest mission he's ever had to face.

Ginger struggles to cope with the overwhelming guilt that accompanies this new job. Falling for these hired killers will be a risk-one that could wind up with him losing in the end or gaining everything he's ever wanted.

As the three work together to take down a human trafficking ring-and save a desperate soul-time is of the essence.