The Triumph of Caesar: A Novel of Ancient Rome 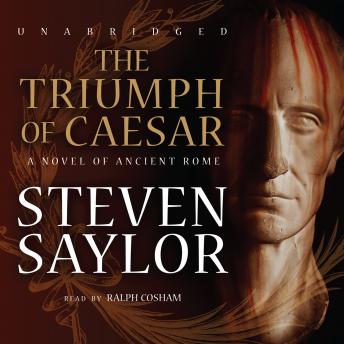 The Roman civil war has come to its conclusion: Pompey is dead, Egypt is firmly under the control of Cleopatra, and Julius Caesar has returned to Rome. The city abounds with rumors that Caesar will be made king. Gordianus, recently returned from Egypt with his wife Bethesda, is essentially retired from his previous profession of “finder,” but he cannot refuse the call of Calpurnia, Caesar’s wife. Troubled by prophecies of disaster and fearing for Caesar’s life, she had hired someone to investigate the rumors. But that person, who was a close friend of Gordianus, has turned up murdered on her doorstep. Calpurnia wants Gordianus to protect Caesar’s life before it is too late. Gordianus agrees to help, but only to find the murderer of his friend. Once an investigation is begun, however, there’s no controlling what it will turn up, who it will put in danger, or where it will end.

Triumph of Caesar: A Novel of Ancient Rome