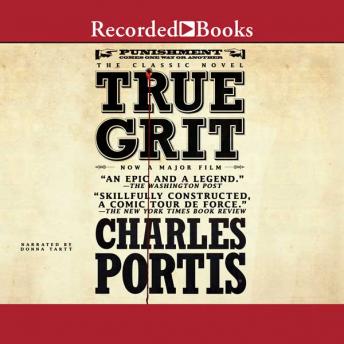 Mattie Ross, a fourteen-year-old girl from Dardanelle, Arkansas, sets out to avenge her Daddy who was shot to death by a no-good outlaw. Mattie convinces one-eyed 'Rooster' Cogburn, the meanest U.S. marshal in the land, to ride along with her. In True Grit, we have a true American classic, as young Mattie -- as vital as she is innocent -- outdickers and outmaneuvers the hard-bitten men of the trail in a legend that will last through the ages.

This title is due for release on June 7, 2006
We'll send you an email as soon as it is available!