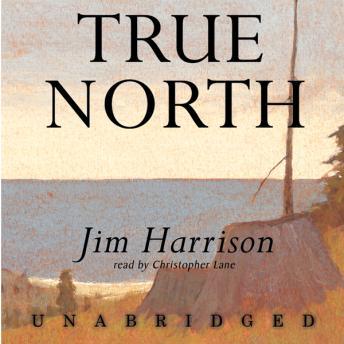 An epic tale that pits a son against the legacy of his family's desecration of the earth, as well as his father's more personal violations, Jim Harrison's True North is a beautiful and moving novel that speaks to the territory in our hearts that calls us back to our roots.
The scion of a family of wealthy timber barons, David Burkett has grown up with a malevolent father and a mother made vague and numb by alcohol and pills. He and his sister Cynthia, a firecracker who scandalizes the family by taking up with the son of their half-Native American gardener, are mostly left to make their own way. As David comes into to adulthood enlightened by three unforgettably intoxicating women, he realizes he must come to terms with his forefathers' rapacious destruction of the wood of Michigan's Upper Peninsula, as well as with the working people who made their wealth possible. With thirty years of searching for the truth of what his family has done while trying to make amends, David looks closely at the root of his father's evil-and threatens, like Icarus, to destroy himself.