The True Story of Hansel and Gretel: A Novel of War and Survival 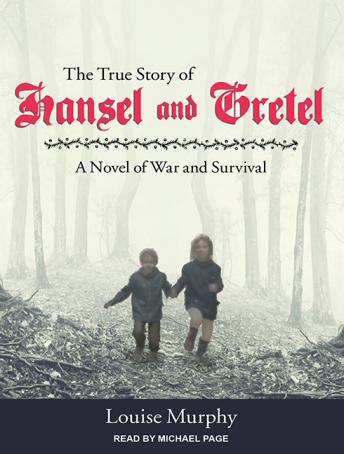 In the last months of the Nazi occupation of Poland, two children are left by their father and stepmother to find safety in a dense forest. Because their real names will reveal their Jewishness, they are renamed 'Hansel' and 'Gretel'. They wander in the woods until they are taken in by Magda, an eccentric and stubborn old woman called 'witch' by the nearby villagers. Magda is determined to save them, even as a German officer arrives in the village with his own plans for the children.

Combining classic themes of fairy tales and war literature, Louise Murphy's haunting novel of journey and survival, of redemption and memory, powerfully depicts how war is experienced by families and especially by children. The True Story of Hansel and Gretel tells a resonant, riveting story.

True Story of Hansel and Gretel: A Novel of War and Survival