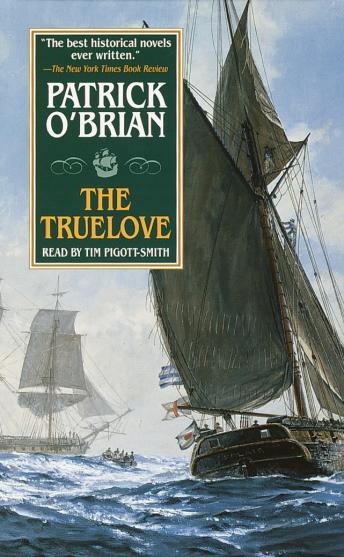 #15 of Aubrey and Maturin

The 15th installment in the Aubrey/Maturin series.

This splendid installment in Patrick O'Brian's widely acclaimed series of Aubrey/Maturin novels is in equal parts mystery, adventure, and psychological drama. A British whaler has been captured by an ambitious chief in the Friendly Isles (Tonga) at French instigation, and Captain Aubrey, R.N., is dispatched with the Surprise to restore order. But stowed away in the cabletier is an escaped female convict. To the officers, Clarissa Harvill is an object of awkward courtliness and dangerous jealousies. Aubrey himself is won over and indeed strongly attracted to this woman who will not speak of her past. But only Aubrey's friend, Dr. Stephen Maturin, can fathom Clarissa's secrets: her crime, her personality, and a clue identifying a hightly placed English spy in the pay of Napoleon's intelligence service.

In a thrilling finale, Patrick O'Brian delivers all the excitement his many readers expect: Aubrey and the crew of the Surprise impose a brutal pax Britannica on the islanders in a pitched battle against a band of headhunting cannibals

This title is due for release on October 9, 2001
We'll send you an email as soon as it is available!