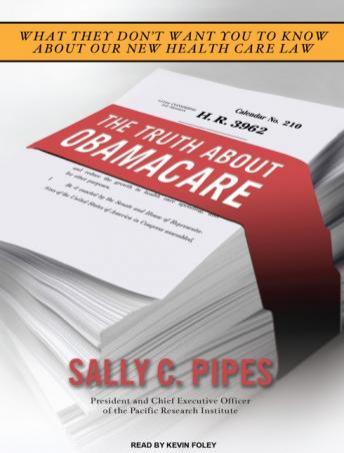 The Truth About Obamacare

In The Truth About Obamacare, Sally C. Pipes-president of the Pacific Research Institute and an acknowledged expert on health care reform-reveals what Democrats in Congress and President Barack Obama don't want you to know: Obamacare is even worse than most critics suspect. Debunking the myths that the current administration has touted, Pipes shows exactly what the new health care law will mean for you, your family, your doctor, and your wallet. Among the myths Pipes will bust:

-Myth One: Every American will have access to care.

-Myth Two: If you like your doctor and your insurance, nothing will change.

-Myth Three: Obamacare will save us from 'spending too much' on health care.

-Myth Four: Obamacare will make our health care more 'efficient' the way that European health care is-or actually is not.