The Truth and Other Lies: A Novel 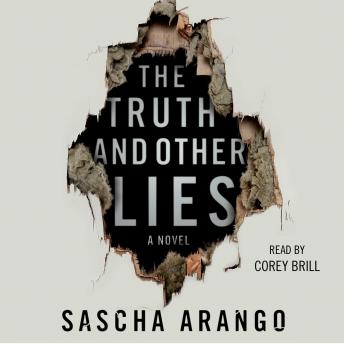 A literary crime thriller with “a clever plot that always surprises, told with dark humor and dry wit” (The New York Times Book Review, Editor’s Choice), this brilliant debut follows a famous author whose wife—the brains behind his success—meets an untimely death, leaving him to deal with the consequences.

Henry Hayden seems like someone you might admire, or even come to think of as a friend. A famous bestselling author. A loving and devoted husband. A generous and considerate neighbor. But Henry Hayden is a construction, a mask. His past is a secret, his methods more so. Only he and his wife know that she is the actual writer of the novels that made him famous.

When his hidden-in-plain-sight mistress becomes pregnant, it seems his carefully conceived façade is about to crumble. And on a rain-soaked night at the edge of a dangerous cliff, his permanent solution becomes his most terrible mistake.

Now not only are the police after Henry but his past—which he has painstakingly kept hidden—threatens to catch up with him as well. Henry is an ingenious man, and he works out an ingenious plan, weaving lies, truths, and half-truths into a story that might help him survive. Still, the noose tightens.

Smart, sardonic, and compulsively readable, this is the story of a man whose cunning allows him to evade the consequences of his every action, even when he’s standing on the edge of the abyss.

Truth and Other Lies: A Novel