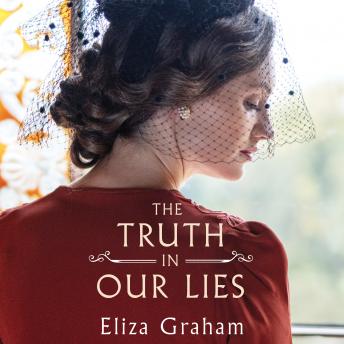 The Truth in Our Lies

Propaganda offers her a fresh start—but can she stay safe in a world at war?
Anna Hall was a beautiful and skilled Second World War air force operative, guiding RAF pilots during the Battle of Britain—before a bomb killed her sister and left her disfigured. In the aftermath, haunted by her failure to keep her sister safe, Anna retreats to a posting in the countryside—until a chance encounter spins her life in a new direction.
Recruited into a secret unit broadcasting destabilising propaganda to Nazi Germany, Anna finds new purpose in twisting truth with lies. But as she begins to come to terms with her past and with her new appearance, Anna’s present becomes more complicated. When blurred facts and fiction become normal, can anyone be taken at face value?
When her undercover work is threatened with discovery, Anna needs all her instincts to untangle the truth in the lies. But what will it take for her to break down the barriers she’s built around herself?

Truth in Our Lies