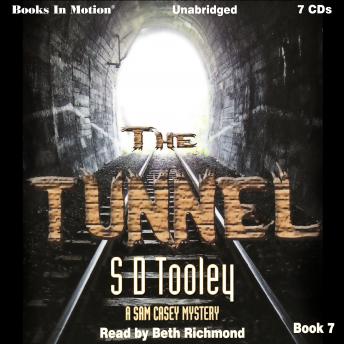 Six-year-old Nemo is a member of the Concrete Community, the homeless who scrape out a life on the streets and in the shelters. Street-savvy beyond his years, he relies on instincts to stay safe and cunning to find food and clothes. But curiosity gets the best of him when he finds a tunnel in the sub-basement of an abandoned building. His mother warns him to stay away. It could be dangerous and he might get lost. The tunnel runs for blocks and is a great place to explore. Then one day he ventures too far and finds where it leads. Nemo wishes he had listened to his mother.

Sam Casey is an investigative consultant for the Chasen Heights Police Department. Part Native American, she has the unique ability to hear the dead speak, touch something the killer touched and pick up clues about a case. But her life is currently in a tailspin, and her talents have escaped her. If ever there was a time that she needed those skills, it’s when a homeless woman is found dead, a needle in her arm. But it wasn’t the drugs that killed her; it was the bullet. The case turns personal for Sam when ballistics shows the bullet came from her husband’s gun. Nemo has attracted the attention of Alex Red Cloud, a family friend of Sam’s, after Alex witnesses the street urchin stealing fruit. Why is Alex so secretive about the boy? How did her husband, Jake, know the drug addict? And what does Nemo find on the other side of the tunnel’s door? The answers lead to a shocking conclusion in the seventh installment of the award-winning Sam Casey series.

This title is due for release on August 24, 2015
We'll send you an email as soon as it is available!