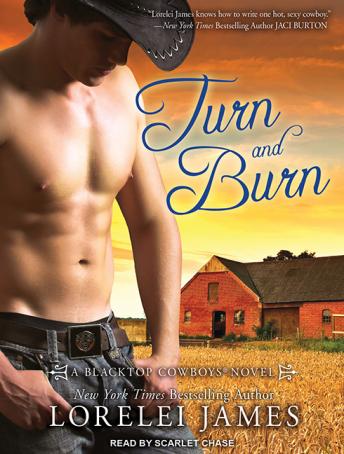 Tanna Barker is a world champion barrel racer. But her personal life has been less of a success, and she's feeling adrift. After her mother's unexpected death, her father has remarried and sold the Texas ranch she called home. Now a rodeo injury has left the restless spitfire holed up in Muddy Gap, unsure what her next move should be.

Veterinarian August Fletcher has always put his job first. He's never found a woman who could handle his on-the-road lifestyle. But when sassy, sexy Tanna blows into town, he finally finds the woman of his fantasies. And there's something between them, but she claims she's been burned by love 'em and leave 'em road dogs before. How can Fletch prove that he's in it for the long haul, and that their sizzling relationship is better than winning any rodeo medal? It'll take some sweet persuasion to convince Tanna that Muddy Gap is where she belongs.