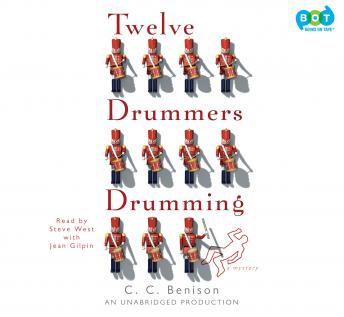 Introducing a series utterly perfect for cozy fans of Alan Bradley, Alexander McCall Smith, and Louise Penny. The Reverend Tom 'Father' Christmas, the newest vicar of Thornford Regis, an idyllic rural town in England, turns detective when one of his parishioners turns up dead in a drum, and everyone in town seems to have something to confess. Tom Christmas came to picturesque Thornford Regis with his young daughter to escape the terrible experience of losing his wife in the city. Her murder sent him packing to the bucolic and charming town, where violent crime isn't supposed to happen and the greatest sin is supposed to be nothing a member of the clergy can't handle. Then, at the town fair, a woman is found murdered. Tom soon learnsthat everyone in Thornford Regis has a secret to hide--infidelity, theft, even past murders. Twelve Drummers Drumming showcases a lovely place to live and/or die, and marks the debut of a planned twelve-book mystery series featuring the brilliant Father Christmas.