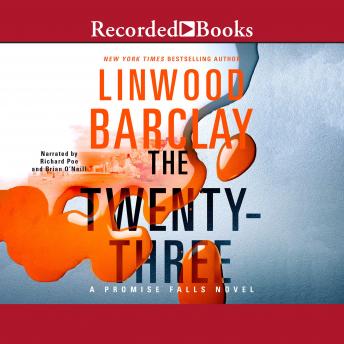 From New York Times and #1 international bestselling author Linwood Barclay comes the third jaw-dropping thriller set in Promise Falls. It's May 23rd, and a contaminated water supply in the small town of Promise Falls, New York, has sent hundreds of people to the hospital with flu-like symptoms-and dozens have died. But the question for many, including private investigator Cal Weaver, remains: Who would benefit from poisoning this town? Meanwhile, Detective Barry Duckworth is faced with another problem. A college student has been murdered, and he's seen the killer's handiwork before-in the unsolved homicides of two other women in town. He begins to piece together the seemingly unrelated events and realizes that the motive for harming the people of Promise Falls points to the number 23-and working out why will bring him closer to death than he's ever been before.