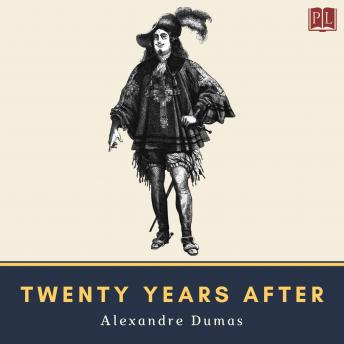 #2 of The D'Artagnan Romances

Twenty Years After (French: Vingt ans après) is a novel by Alexandre Dumas, first serialized from January to August 1845. A book of The d'Artagnan Romances, it is a sequel to The Three Musketeers (1844) and precedes the 1847-1850 novel The Vicomte de Bragelonne (which includes the sub-plot Man in the Iron Mask).
The novel follows events in France during the Fronde, during the childhood reign of Louis XIV, and in England near the end of the English Civil War, leading up to the victory of Oliver Cromwell and the execution of King Charles I. Through the words of the main characters, particularly Athos, Dumas comes out on the side of the monarchy in general, or at least the text often praises the idea of benevolent royalty. His musketeers are valiant and just in their efforts to protect young Louis XIV and the doomed Charles I from their attackers.