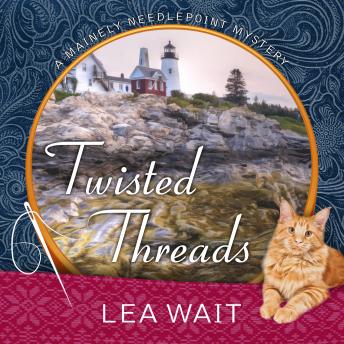 After leaving a decade ago, Angie Curtis has been called back to Harbor Haven, Maine, by her grandmother, Charlotte, who raised her following her mother's disappearance when she was a child. Her mother has been found, and now the question of her whereabouts has sadly become the mystery of her murder.

The bright spot in Angie's homecoming is reuniting with Charlotte, who has started her own needlepointing business with a group called the Mainely Needlepointers. But when a shady business associate of the stitchers dies suddenly under suspicious circumstances, Charlotte and Angie become suspects. As Angie starts to weave together clues, she discovers that this new murder may have ties to her own mother's cold case.