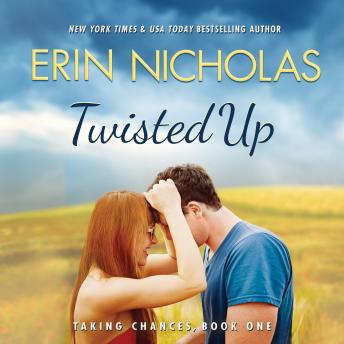 Avery Sparks is a master at controlling chaos-and she gets plenty of opportunities as fire chief and head of emergency management in her hometown of Chance, Nebraska. The only thing she can't seem to control are her feelings when she's around Jake Mitchell, the man who was her first everything the night of their high school graduation. But Jake was so quick to leave Chance-and Avery-behind that she swore she'd move on.

While Avery's job is to minimize drama, Jake embraces the chaos of an emergency. After enlisting in the Army National Guard, Jake became a nationally recognized leader in disaster recovery. Yet a life on the road has left him restless. So when a class-four tornado wreaks havoc on Chance, he's eager to return home-and to the woman never far from his mind.

Now, Avery and Jake must team up to help their hometown weather a siege of violent storms. But it's clear to them both that nature isn't the only force they'll have to reckon with. Will Avery and Jake's whirlwind love affair be an all-new disaster-or can they recover from their stormy past to build a future together?