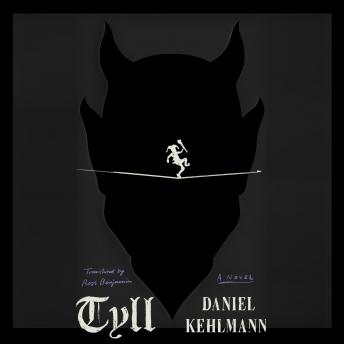 From the internationally best-selling author of You Should Have Left, Measuring the World, and F, a transfixing retelling of the German myth of Tyll Ulenspiegel: a story about the devastation of war and a beguiling artist’s decision never to die

Daniel Kehlmann masterfully weaves the fates of many historical figures into this enchanting work of magical realism and adventure. This account of the seventeenth-century vagabond performer and trickster Tyll Ulenspiegel begins when he’s a scrawny boy growing up in a quiet village. When his father, a miller with a secret interest in alchemy and magic, is found out by the church, Tyll is forced to flee with the baker’s daughter, Nele. They find safety and companionship with a traveling performer, who teaches Tyll his trade. And so begins a journey of discovery and performance for Tyll, as he travels through a continent devastated by the Thirty Years’ War and encounters along the way a hangman, a fraudulent Jesuit scholar, and the exiled King Frederick and Queen Elizabeth of Bohemia.

Tyll displays Kehlmann’s remarkable narrative gifts and confirms the power of art in the face of the senseless brutality of history.


Translated from the German by Ross Benjamin