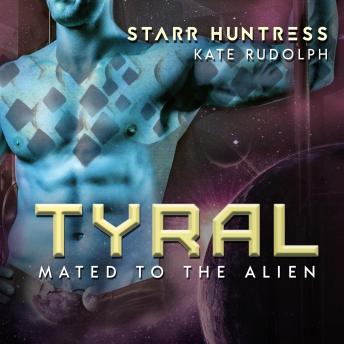 Captured by pirates with only a week to live, Tyral NaRaxos is on the verge of losing all hope. With no denya, he is doomed to die on his next birthday, if his captors don't finish the job first.

Someone is after Dorsey Kwan and she doesn't know why. Captured by pirates, she's wasting away, dreading death or slavery. A chance escape with a fellow prisoner gives them both a chance, but nowhere is safe with a bounty on her head.

From the moment he sees her, Ty knows Dorsey is his mate. But even if they can defeat the pirates, there are worse enemies after both of them. A man living on borrowed time doesn't care about making enemies, but given the chance he will fight with everything he has to ensure his mate's survival... and his own.

Tyral is the second book in the Mated to the Alien science fiction romance series. Detyens are doomed to die at the age of thirty if they don't find their fated mates in time. The series can be read in any order and there are no cliffhangers! Enjoy fated mates, steamy alphas, and plenty of space adventures.

This title is due for release on June 5, 2020
We'll send you an email as soon as it is available!