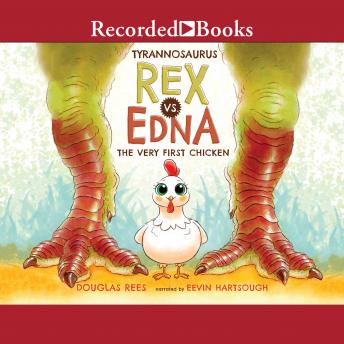 A humorous picture book in which Edna the very first chicken faces off against a hungry Tyrannosaurus Rex. Tyrannosaurus Rex wants breakfast. He stomps and he roars and he gnashes his pointy teeth-and he scares all the other dinosaurs right out of the forest. Only Edna, the very first chicken, stands her ground. T. rex may have mighty claws and terrible jaws, but Edna has a mighty beak and terrible flapping wings. And sometimes, all it takes to defeat someone big and fierce is someone small and brave.