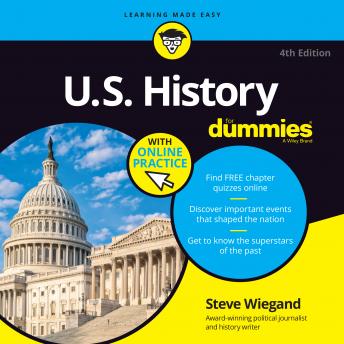 The United States is undergoing a period of intense political and social change. From the rise of the Tea Party, to social media's effect on American life and politics, this new edition fills in the gaps of this Nation's story.

Award-winning political journalist and history writer Steve Wiegand guides you through the events that shaped our nation, from pre-Columbian civilizations to the twenty-first century. The explorers, the wars, the leaders, and the eras are all fully explored and explained, demonstrating how the past influences the future.

- Get to know the deep and bitter divisions between political parties and even geographic regions of the country, including the 2016 election results