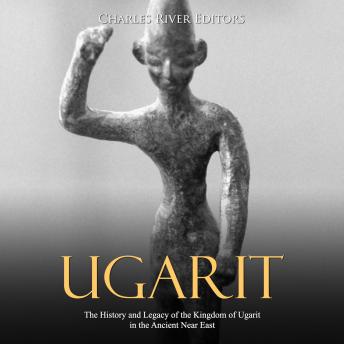 Ugarit: The History and Legacy of the Kingdom of Ugarit in the Ancient Near East

Not far from the Latakia, Syria, near the Mediterranean Sea coast, is the politically insignificant town of Burj al-Qasab. Throughout most of its history, Burj al-Qasab was overshadowed by Latakia, but this was not always the case. More than 3,000 years ago, on a hill known as Ras Sharma located just outside Burj al-Qasab, a sprawling metropolis much more important and powerful than Latakia, or most other modern cities in the region for that matter once existed. Ras Sharma was the location of Ugarit, an extremely wealthy and powerful Bronze Age city-state that received and sent merchants far and wide through its gates. It also developed complex geopolitical relationships with some of the most powerful empires of the period, including the Hittites, Egyptians, Babylonians, and Mitanni. Ugarit was a truly cosmopolitan city, where dozens of languages were spoken, people from all over the Near East lived, and exotic goods were as common as the sands on its beaches. When Ugarit was at the pinnacle of its power and wealth, it was destroyed by foreign invaders and quickly forgotten.

Thanks to modern archaeologists, philologists, and historians, the secrets of Ugarit were uncovered in the early 20th century when it was revealed that Ras Sharma was part of an ancient city. As scholars excavated the ancient site and documented the plethora of art and written texts found there, they realized that it was the important city of Ugarit that had been mentioned in texts and inscriptions by major Bronze Age Near Eastern kingdoms. Modern scholars learned that although Ugarit was not one of the major kingdoms or so-called Great Powers of the Late Bronze Age Near East, it was powerful and important in its own right. Ugarit was extremely important economically, as its merchants played the role of middlemen between the empires, bringing goods from major empires of the period to be traded in Ugarit’s markets.