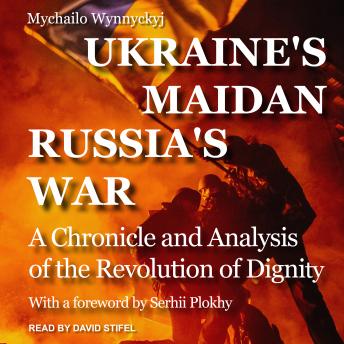 Ukraine's Maidan, Russia's War: A Chronicle and Analysis of the Revolution of Dignity

In early 2014, sparked by an assault by their government on peaceful students, Ukrainians rose up against a deeply corrupt, Moscow-backed regime. Initially demonstrating under the banner of EU integration, the Maidan protesters proclaimed their right to a dignified existence; they learned to organize, to act collectively, to become a civil society. Most prominently, they established a new Ukrainian identity: territorial, inclusive, and present-focused with powerful mobilizing symbols.

Driven by an urban 'bourgeoisie' that rejected the hierarchies of industrial society in favor of a postmodern heterarchy, a previously passive post-Soviet country experienced a profound social revolution that generated new senses: 'Dignity' and 'fairness' became rallying cries for millions. Europe as the symbolic target of political aspiration gradually faded, but the impact (including on Europe) of Ukraine's revolution remained. When Russia invaded-illegally annexing Crimea and then feeding continuous military conflict in the Donbas-Ukrainians responded with a massive volunteer effort and touching patriotism. In the process, they transformed their country, the region, and indeed the world.