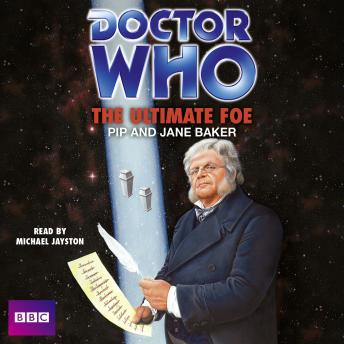 Michael Jayston reads this gripping novelisation of a classic Doctor Who adventure, concluding the Trial of a Time Lord story arc.
Snatched out of time and place and brought before the Time Lords of Gallifrey, the Doctor is on trial for his life. While the Doctor asserts that the evidence of the Matrix, the repository of all Time Lord knowledge, has been tampered with, the mysterious and vengeful prosecuting council, the Valeyard, is confident that the Doctor will be sentenced to death. In a dramatic intervention the Valeyard's true identity is revealed but he escapes from the Courtroom into the Matrix, and it is into this nightmare world that the Doctor must follow - to face his ultimate foe....
Michael Jayston, who played the Valeyard in the TV serial Trial of a Time Lord, reads Pip and Jane Baker's complete and unabridged novelisation, first published by Target Books in 1988.
©1988 Pip and Jane Baker (P)2013 AudioGO Ltd