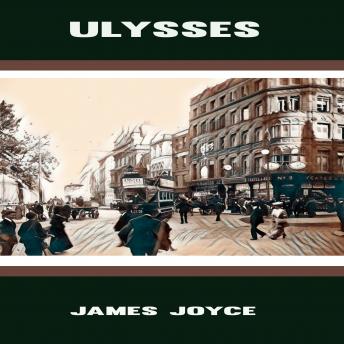 Ulysses is a novel by James Joyce, first serialized in parts in the American journal The Little Review from March 1918 to December 1920, then published in its entirety by Sylvia Beach on February 2, 1922, in Paris. It is considered one of the most important works of Modernist literature.
Ulysses chronicles the passage through Dublin by its main character, Leopold Bloom, during an ordinary day, June 16, 1904. The title alludes to the hero of Homer's Odyssey (Latinised into Ulysses), and there are many parallels, both implicit and explicit, between the two works (e.g., the correspondences between Leopold Bloom and Odysseus, Molly Bloom and Penelope, and Stephen Dedalus and Telemachus).
Few first editions generate more excitement among traders in rare books than Ulysses. Since the novel's debut, many experts have reinterpreted surviving drafts to produce revised texts, but this edition remains the one that Joyce himself reviewed and corrected prior to the initial publication. Thus, this volume represents the version truest to the author's vision.

This title is due for release on February 4, 2019
We'll send you an email as soon as it is available!