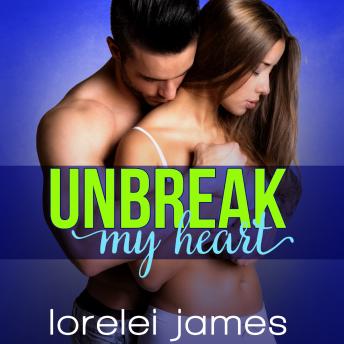 Sierra: Seven years have passed since I fell for Boone West. The brooding bad boy. We were friends, even when I secretly wanted more, but I settled for what he offered. After he left Wyoming-and me-I grew up. Moved on. Or so I believed, until he blew back into my life with the scorching force of an Arizona desert wind.

I'm not that innocent sixteen-year-old girl anymore; I'm a businesswoman who swore never to settle again. But this older, wiser, hotter version of Boone unsettles me. How am I supposed to resist Boone's megawatt smile and his built-army-strong body?

Boone: Joining the army? Best decision I ever made. Even though it meant I had to leave her behind. Sierra McKay. The wide-eyed beauty, who saw more in me than I saw in myself. I didn't dare offer her anything more than friendship, because one kiss, one touch and I wouldn't have had the guts to go.

I've worked hard to become the man I am. I have a career. A purpose. After a chance encounter with the one woman I never forgot, I'm not leaving anything else to chance. Now I'm ready to show her that the passion we couldn't act on before burns hotter than ever between us.