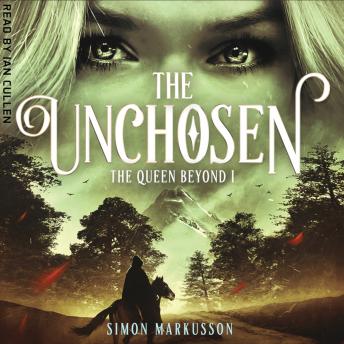 The Unchosen: Book One of The Queen Beyond

Everyone believes he's the Chosen One. They've made a horrible mistake.
When a madman claiming to be a wizard mistakenly identifies the cynical farmhand Nathelion as a hero foretold in prophecy, he eagerly plays along for a free and adventurous journey. But he would have stayed home if he'd known the flattering title came with such deadly baggage.
Joined by a ragtag band of followers with more lofty ideals than common sense, Nathelion marches toward a noble destiny he borrowed for personal gain. But as they draw ever closer to the Chosen One's fate, the skeptical imposter begins believing in something bigger than himself. Especially when that bigger thing is an ancient evil that wants to sever his limbs.
Will Nathelion's little white lie get his party killed and destroy the world?
The Unchosen is the witty first novel in the Queen Beyond epic fantasy series. If you enjoy unlikely heroes, sweeping storylines, and madcap comedy, you'll love this adventure!