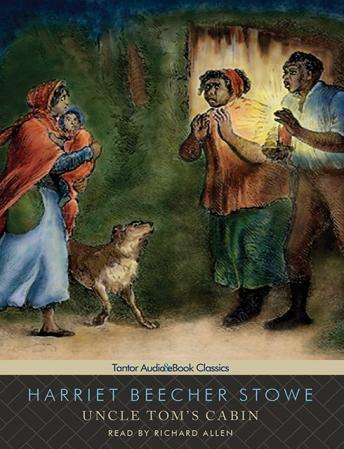 Uncle Tom's Cabin opens with a Kentucky farmer named Arthur Shelby facing the loss of his farm because of debts. Even though he and his wife, Emily Shelby, believe that they have a benevolent relationship with their slaves, Shelby decides to raise the needed funds by selling two of them-Uncle Tom, a middle-aged man with a wife and children, and Harry, the son of Emily Shelby's maid Eliza-to a slave trader. Emily Shelby hates the idea of doing this because she had promised her maid that her child would never be sold; Emily's son, George Shelby, hates to see Tom go because he sees the old man as his friend and mentor.

When Uncle Tom's Cabin was published in 1852, it became an international blockbuster, selling more than 300,000 copies in the United States alone in its first year. Progressive for her time, Harriet Beecher Stowe was one of the earliest writers to offer a shockingly realistic depiction of slavery. Her stirring indictment and portrait of human dignity in the most inhumane circumstances enlightened hundreds of thousands of people by revealing the human costs of slavery, which had until then been cloaked and justified by the racist misperceptions of the time.

This was on my reading list for high school, but I read other stuff. I have finally listened to this and now I know why it is a classic. Great read.