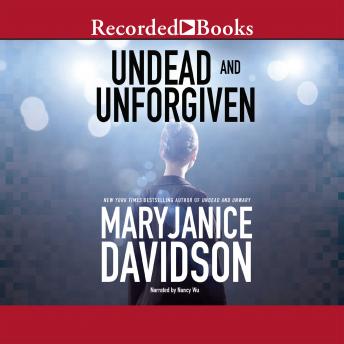 'MaryJanice Davidson's Undead series is laugh-out-loud funny.'-Heroes and Heartbreakers New York Times bestselling author MaryJanice Davidson is back. So is Betsy Taylor, 'everyone's favorite vampire queen' (Bitten by Books) and this time Betsy's going viral. If Betsy Taylor has learned anything about ruling Hell it's: 1) she can't do it alone, and 2) she doesn't have to. She's got the help of a devoted vampire king, a dateless zombie, an exhausted new mom, an unshowered cop, a bitchy ghost, a kindly dead priest, and her late stepmother ('Go Team Satan!'). But the latest major hurdle in her post-dead life is so big she can't even see it until it's on CNN. Betsy's father and half-sister Laura (a former Anti-Christ with a grudge) have outed Betsy to the world. It doesn't take long for the story to become 24-7 headline news. What's more, people are not only prepared to believe in vampires, they want to kill them. For Betsy, social media has never felt so.unsocial. Before long the mansion on Summit Avenue is swarming with reporters, would-be vampire/zombie killers, and desperate emos begging to be turned. Betsy has been forced into the unenviable role as the reluctant face of the vampire nation. All she knows is, she has to look good-this is hi-def!-and stay true to who she is. H8ers be damned.