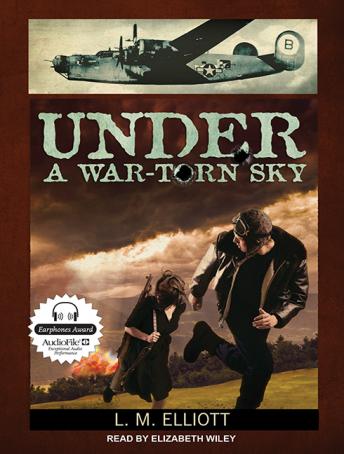 Under a War-Torn Sky

When Henry Forester is shot down during a bombing run over France,the World War II pilot finds himself trapped behind enemy lines. In constant danger of discovery by German soldiers, Henry begins a remarkable journey to freedom. Relying on the kindness of strangers, Henry moves from town to town-traveling by moonlight, never asking questions or even the names of the people who help him along the way. Each day brings him closer to home, yet every step in enemy territory invites new dangers.

Even as Henry fights for his own life, he quickly grows to realize the peril that surrounds all of the French people and to admire the courage of the freedom fighters who risk death to protect him. Suspenseful and achingly true, this critically acclaimed and deeply beloved novel explores the heartbreak of war, the strength of the human spirit, and one young man's struggle to protect the things he loves.

Under a War-Torn Sky