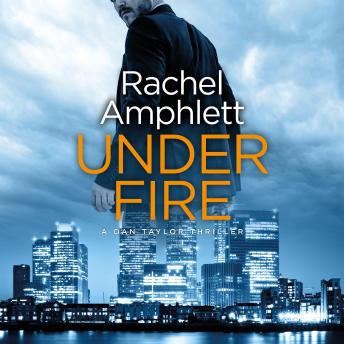 An explosion rocks a Qatari natural gas facility... a luxury cruise liner capsizes in the Mediterranean... and someone has stolen a submarine...

Dan Taylor doesn't believe in coincidences - but can he convince his superiors they are next in the terrorists' line of fire?

As Britain enters its worst winter on record, Dan and his team fight to ensure the country's energy resources are protected. At all costs.

In an action-packed adventure from the Middle East through the Mediterranean to London, Dan and his team are on a quest which will test every choice he makes. Assisted by the enigmatic Antonia Almasi, Dan realises he faces an adversary far greater than he ever imagined.

And not everyone is going to survive.

Under Fire is the second book in an action-packed adventure thriller series that fans of Vince Flynn, Robert Ludlum and the Lee Child Jack Reacher series are calling "a blast!"

The Dan Taylor spy novel series:
White Gold
Under Fire
Three Lives Down
Behind the Wire

What reviewers are saying about the Dan Taylor spy novel series:

'There have been many thrillers coming out in the market today and, from time to time, we find one that completely catches our attention. White Gold is certainly one of them!' Readers Favourites

'A gripping story that keeps you on the edge of your seat. Get the audio book version it's awesome. I can't recommend it enough' Goodreads

'From the explosive opening, to the thrilling ending it had me hooked. It's a fascinating fast moving story.' Goodreads