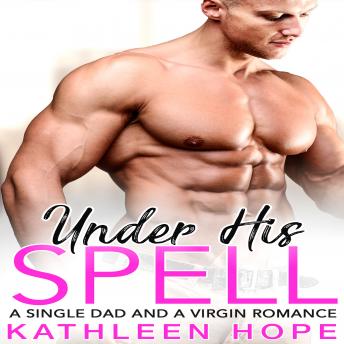 Under His Spell: A Single Dad and a Virgin Romance

Elijah paced back and forth across the office of Owen Clarke—his lawyer. He felt like an animal caught in the headlights, just waiting for the inevitable blow that would crush him. A whole team of lawyers, and this was the best they could come up with? If it wasn’t Owen sitting at the desk in front of him, he’d tell the man—the lead lawyer on his case—to go to hell. But Owen had been a good friend for a long time, since before either of them had found their success. If he said the only option was to make some changes, he didn’t doubt the man for a second. That didn’t mean he had to like it.

So he flopped back into the leather chair in front of Owen’s desk. “Tell me,” he said with a heavy sigh.

“All right. You’ve been Sophie’s sole caregiver her entire life—that’s definitely a point in your favor. But how you’ve been caring for her is what has come under fire.”

Anger simmered in his veins, but he closed his eyes and breathed deep in an effort to stop it from heating up to an all-out boil. When Addison had showed up at his door two weeks ago, he never dreamed she would take it this far.

“The woman hasn’t shown an iota of interest in Sophie since dropping her off and driving away four years ago. She was two weeks old when Addison abandoned her! And yet she can waltz back into town and accuse me of being a bad father?” This was insane.