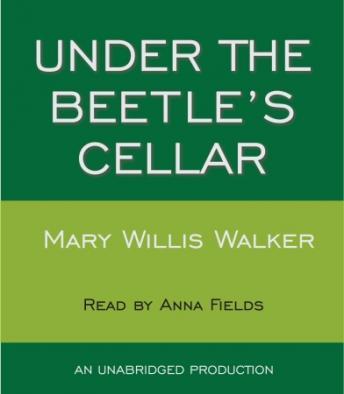 Under the Beetle's Cellar

The author and heroine of The Red  Scream return in a novel so terrifying, so  filled with squirming suspense, it's bound for the  bestseller lists. When Kirkus  Reviews greeted Mary Willis Walker's last book,  The Red Scream, with "welcome  to the big time," they weren't kidding. That  novel established Walker as an author with  "the kind of clout that sets publishers' mouths  watering" (The Philadelphia  Inquirer). And now she has done it again, with an  unforgettable tale ripped from the headlines and  more terrifying than our worst nightmares. Kidnapped  by a cult of religious fanatics, an Austin school  bus driver and eleven of his young charges have  been held underground at the group's highly  fortified compound for forty-six days. While a team of  federal negotiators begins to lose all hope of  rescuing the hostages, crime reporter Molly Cates sets  outto discover everything she can about the cult's  iron-willed leader, Samuel Mordecai. And as  the clock ticks inexorably, she takes the role of  Clarisse Starling opposite Mordecai's Hannibal Lecter,  engaging in a psychological confrontation as  harrowing as any in The Silence Of  The Lambs. Tough, terrifying, and relentlessly  heart-wrenching, this is a novel whose images no reader will  ever forget.

Under the Beetle's Cellar