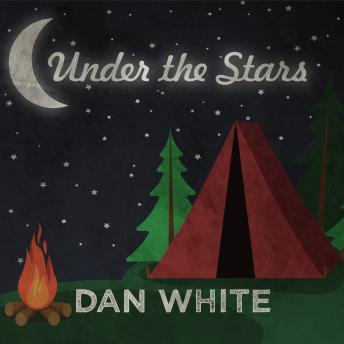 Under the Stars: How America Fell in Love with Camping

From the High Sierra to the Adirondacks and the Everglades, Dan White travels the nation to experience firsthand-and sometimes face first-how the American wilderness transformed from the devil's playground into a source of adventure, relaxation, and renewal.

Whether he's camping nude in cougar country, being attacked by wildlife while 'glamping,' or crashing a girls-only adventure for urban teens, White seeks to animate the evolution of outdoor recreation. In the process, he demonstrates how the likes of Emerson, Thoreau, Roosevelt, and Muir-along with visionaries such as Adirondack Murray, Horace Kephart, and Juliette Gordon Low-helped blaze a trail from Transcendentalism to Leave No Trace.

Wide-ranging in research, enthusiasm, and geography, Under the Stars reveals a vast population of nature seekers, a country still in love with its wild places.

Under the Stars: How America Fell in Love with Camping