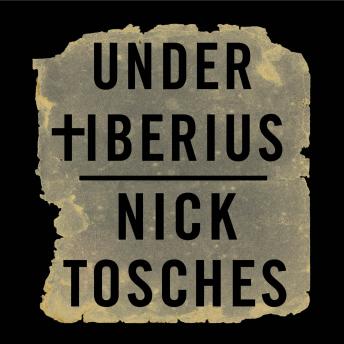 A work of dangerous and haunting beauty by America's last real literary outlaw.

Under Tiberius is a thrilling story of crime and deceit involving the man who came to be called Jesus Christ. Deep in the recesses of the Vatican, Nick Tosches unearths a first-century memoir by Gaius Fulvius Falconius, foremost speechwriter for Emperor Tiberius. The codex is profound, proof of the existence of a Messiah who was anything but the one we've known -- a shabby and licentious thief.

After encountering him in the streets of Judea, Gaius becomes spin doctor to Jesus, and the pair schemes to accrue untold riches by convincing the masses that Jesus is the Son of God. As their marriage of truth and lies is consummated, friendship and wary respect develop between these two grifters. Outrageous and disturbing, Under Tiberius is as black as the ravishing night, shot through with fierce and brilliant light.