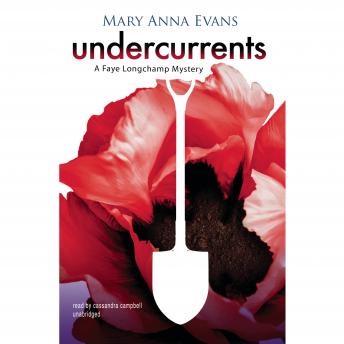 In Undercurrents, the eleventh Faye Longchamp Mystery, Faye has traveled to Memphis, a city steeped in music, poverty, history, and the smoky tang of barbecue. She's there working alone to do an assessment of a site, welcome work for her small archaeological consulting firm.When Faye spies a child too young to be wandering along a creek alone, she follows the girl. A day later she uncovers a dying woman, buried alive near a spot where Kali might well be hiding. Nobody would blame Faye for running hard, but she can't make herself leave Kali, the woman's now-orphaned daughter, who might be in danger.

She's not welcomed by the people in Kali's struggling community, nor by the police working the crime. Yet she stays, for Kali, and for the bereaved who need her to communicate their fears to a police department that they trust even less than they trust Faye.When they confide rumors of other women beaten to death by a man so obsessed with burial that he places fresh flowers in their cold hands, Faye begs the police to widen the investigation to seek a serial killer. They refuse. Faye's gut is telling her that a monster is stalking Memphis, endangering the child she has come to love. If the police can't catch him, then she will have no choice but to try to find him herself.