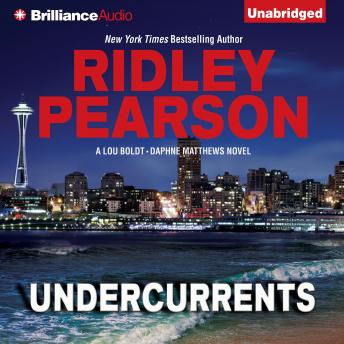 Police Sergeant Lou Boldt heads a special task force within Seattle's Homicide bureau. His job: find and stop the Cross Killer, a twisted, perverse serial murderer who has eluded police for six months and paralyzed the city. But when a body washes up on the shore of Puget Sound, Boldt thinks the killer has finally made a mistake. This body shows some of the work of the Cross Killer-but a job badly botched. Did this woman die while trying to escape? Did she knowingly jump in the water to preserve a clue? And is she now desperately trying to tell Boldt something? With the help of the alluring Daphne Matthews, a police psychologist, Boldt pieces together the complex puzzle-and the reader is taken along on a journey into the mind of a killer, and into the day-by-day nuts and bolts of police work, that is among the best in modern crime fiction. For readers of Caunitz, Wambaugh, and Sanders, Undercurrents is a roller-coaster ride in the dark that will intrigue, startle, and satisfy.