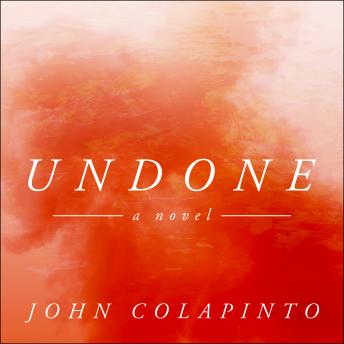 In modern-day America, Dez is a former lawyer and teacher-an ephebophile with a proclivity for teenage girls, hiding out in a trailer park with his latest conquest, Chloe.

Having been in and out of courtrooms (and therapists' offices) for a number of years, Dez is adrift, at odds with a society that persecutes him over his desires. From his couch one afternoon, Dez watches an interview with Jasper Ulrickson, a doting father and loving husband whose heartrending memoir, Lessons from My Daughter, has become a national bestseller. The memoir chronicles his journey with his wife, Pauline, who suffered a stroke giving birth to their only child and has been in a locked-in state ever since. Espousing their deep connection and chaste marriage, Jasper's selfless devotion to his wife has made him one of the most popular and admired men in America.

So Dez sets out to do what any red-blooded American would do: destroy Ulrickson by using Chloe to pose as the famous author's long-lost daughter, infiltrate his family, seduce him, and, when he's sent to jail, claim his fortune.