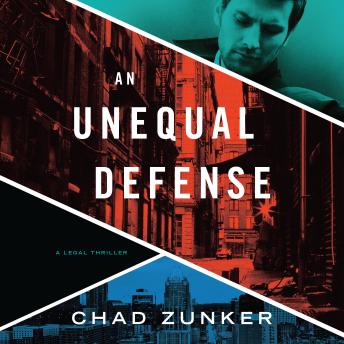 A client with delusions of a deadly conspiracy draws attorney David Adams into a darkness where only the paranoid know how to get out alive.

Former up-and-coming hotshot attorney David Adams left his glamorous corporate law firm to fight for the disenfranchised. With a caseload of petty offenses, a meager office in a crumbling building, and little in the way of compensation, David needs a real case.

When he agrees to represent Rebel, David recognizes this will be the biggest challenge of his young legal career. The mentally unstable homeless man has been accused of murder, and the evidence of his guilt seems overwhelming. But it’s the victim who shakes David’s world: a county prosecutor who just happens to be an old law school friend. Rebel’s murky defense: a paranoid insistence on a CIA plot to silence the derelict.

Aided only by a “legal team” of misfit street friends and a fellow counselor lured into this dark web, David will risk everything to defend his client…who may not be nearly as crazy as he seems.