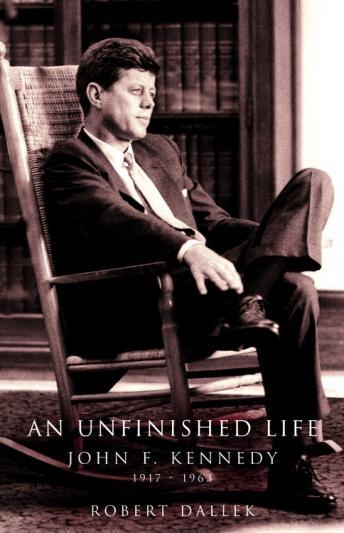 #1 NATIONAL BESTSELLER
The book that forever changed how we thought about JFK, published with a new epilogue in time for the 50th anniversary of Kennedy's assassination.

Everywhere acclaimed for its compelling narrative, its fresh insights, and its dispassionate appraisal of John F. Kennedy's presidency, this #1 national bestseller is the first full-scale single-volume biography of JFK to be written by a historian in nearly four decades. Drawing on previously unavailable material and never-before-opened archives, An Unfinished Life is packed with revelations large and small--about JFK's health, his love affairs, RFK's appointment as Attorney General, what Joseph Kennedy did to help his son win the White House, and the path JFK would have taken in the Vietnam entanglement had he survived. Robert Dallek succeeds as no other biographer has done in striking a critical balance--never shying away from JFK's weaknesses, brilliantly exploring his strength--as he offers up a vivid portrait of a bold, brave, complex, heroic, human Kennedy.