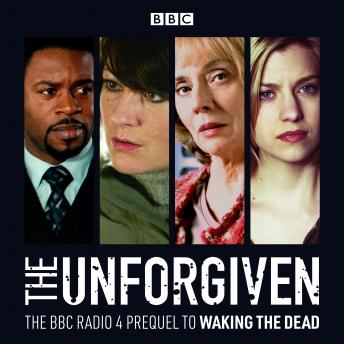 The Unforgiven: The BBC Radio 4 Prequel to Waking the Dead

Set in 1984 – a world without DNA, CCTV, mobiles, or the internet – The Unforgiven reveals how the iconic Waking the Dead team got together, before they became an official cold case unit.

Trouble erupts as a serial killer launches a huge legal appeal against his conviction, claiming police corruption and pointing the finger directly at young DC Peter Boyd – and implicating forensic scientist, Frankie Wharton. With Boyd forced to disappear, criminal profiler Grace Foley and cops Spencer Jordan and Mel Silver join Frankie to clear their names and save Boyd from disgrace and possible prison. Told over five days, with each character taking turns to tell their story, this heart-stopping case sees them racing to beat the clock as the unthinkable unfolds.

Unforgiven: The BBC Radio 4 Prequel to Waking the Dead