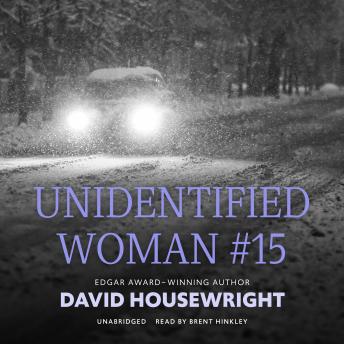 During one of the first heavy snows of the winter, on the Interstate outside the Twin Cities, Rushmore McKenzie is behind a truck behaving erratically when the man in the truck bed dumps a body out onto the road, right in front of McKenzie's car. McKenzie avoids hitting the body, a bound woman who is just barely alive, but his stopped car in the middle of the road starts a chain of accidents, resulting in a thirty-seven car pile-up. By the time the police arrive, and the EMTs and ambulances have taken care of the immediate injuries, the truck is long gone.

The injured woman awakens with no memories-not of the accident, not of anything-and is labeled by the police as Unidentified Woman #15. With few leads, the detective in charge, McKenzie's former partner and old friend Bobby Dunston, turns to McKenzie for a favor. Now McKenzie has to try to identify the grievously injured woman and find out who tied her up and dumped her on the freeway to die. And why.