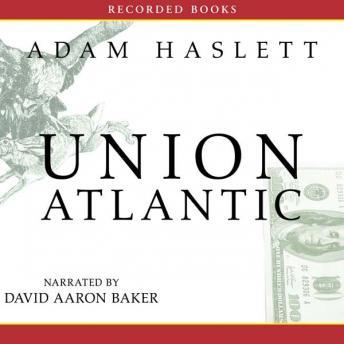 The eagerly anticipated debut novel from the author of the Pulitzer Prize finalist You Are Not a Stranger Here: a deeply affecting portrait of the modern gilded age, the first decade of the twenty-first century. At the heart of Union Atlantic lies a test of wills between a young banker, Doug Fanning, and a retired schoolteacher, Charlotte Graves, whose two dogs have begun to speak to her. When Doug builds an ostentatious mansion on land that Charlotte's grandfather donated to the town of Finden, Massachusetts, she determines to oust him in court. As a senior manager of Union Atlantic bank, a major financial conglomerate, Doug is embroiled in the company's struggle to remain afloat. It is Charlotte's brother, Henry Graves, the president of the New York Federal Reserve, who must keep a watchful eye on Union Atlantic and the entire financial system. Drawn into Doug and Charlotte's intensifying conflict is Nate Fuller, a troubled high-school senior who unwittingly stirs powerful emotions in each of them. Irresistibly complex, imaginative, and witty, Union Atlantic is a singular work of fiction that is sure to be read and reread long after it causes a sensation this spring. 'Union Atlantic is a masterful portrait of our age.'-Malcolm Gladwell