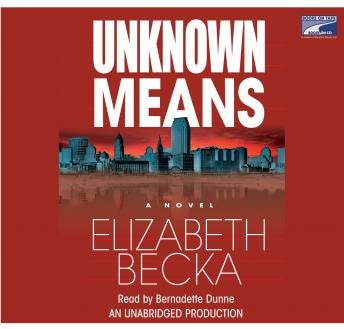 In Elizabeth Becka’s latest highly suspenseful novel, forensic scientist Evelyn James returns to investigate a harrowing series of crimes–only to find that no one is safe.

Evelyn James is a forensic specialist in the Cleveland Medical Examiner’s office who’s juggling a demanding workload, a teenage daughter from a failed marriage, and a homicide detective boyfriend. And somehow she always happens to be involved in some of the twistiest, most challenging crime scenes imaginable.

This time around she’s called in to investigate what appears to be a locked-room mystery: A wealthy woman is murdered in the penthouse suite of a luxurious, high-security building. The building’s intricate surveillance system didn’t pick up anything, the entrance wasn’t forced, and the victim’s husband has an airtight alibi. Cases like this, Evelyn knows, can turn on the most microscopic piece of evidence, if she can find any. Then Evelyn’s best friend is attacked–and things get personal. When another body is found in an apartment across town, Evelyn realizes that the killer’s choice of victim is anything but random . . .