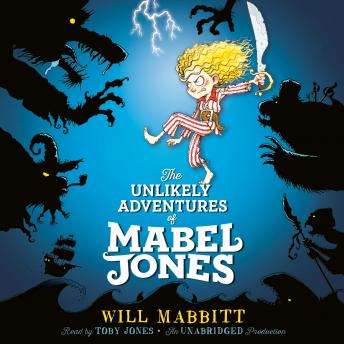 The Unlikely Adventures of Mabel Jones

Written By: Will Mabbitt

Kidnapped, Mabel is forced to serve aboard The Feroshus Maggot with the strangest crew you’ll ever meet. And the captain—an odious wolf named Idryss Ebenezer Split—won’t let her go until she helps the pirates uncover the treasure they seek.

Mabel’s voyage takes her across the Greasy Pole of Certain Death, into the belly of a whale, and underground to a decrepit crypt. And she does it all…in pajamas!

Read on if you dare. You are promised a most unlikely adventure.